When my father retired, he had worked for the same company for 40 years. Why he stayed with the same company throughout his whole career was because he was “happy” with his job; he had job satisfaction. Back in those days, the workforce tended to be loyal to the employer, and in return for loyalty; the employer provided lifetime employment, which resulted in job satisfaction.

In the contact-centre environment today, the situation has changed dramatically with the Millennials – or Gen Y. There is an increasing lack of clarity of how agents define job satisfaction. Coupled with high attrition rates, contact centres attempt to retain top-performing agents by accurately measuring agent satisfaction. Today, the focus is on agent engagement. A contact centre’s aim is to retain a motivated workforce that’s willing to put in the extra effort to achieve consistent service levels, improve call resolution, reach individual or team goals with excellence and deliver a tangible return on the human resource investment the organisation has made – and bolster higher productivity to boot.

Let’s set the stage by exploring the differences between satisfaction and engagement. Agent satisfaction measures the level agents are satisfied with the job and its conditions. It doesn’t measure how much effort an agent is willing to put in. Surveys normally capture the level of agent satisfaction with perks, benefits, incentive programmes, the work environment and work-life balance. Actions can then be taken to boost morale so as to lower attrition rates.

Agent engagement, on the other hand, concerns agent passion and commitment to an organisation and measures the extra effort an agent is willing to put in. The aim here is to align agent performance with organisational goals.

Agents satisfied with the job but not engaged are usually content to punch in, perform the routine job of answering calls and, at the end of the shift, punch out. How about the reverse situation? Are there agents who are engaged but not satisfied with the job? The likelyhood of agents being both engaged and satisfied is much higher. These agents are willing to go the extra mile.

Why should contact centres care about agent engagement? Studies have linked agent engagement to productivity, customer satisfaction, lower absenteeism and lower employee turnover, which impact the bottom line. Instead of cost centres, engaged agents are viewed as revenue drivers. An example of agent disengagement is absenteeism, particularly on Monday mornings. It’s a demonstration of low agent engagement, which negatively impacts service levels and customer satisfaction, thus affecting the organisation’s overall performance, as well as financial results.

Now that the difference has been ascertained, the next step is putting into action recommendations that increase agent engagement:

1) Provide a career path and development – Millennials are an impatient bunch. Not even one year on the job and they’re restless, longing for something new or different “What’s next? When am I getting promoted?” Agent career development should be an organisational priority and ongoing, rather than just part of an annual performance review. To optimise engagement, involve agents in effective career development talks, empowering them to participate in creating effective career plans.

Furthermore, managers need to know who knows what, what excellence looks like, and what it is that top-performing agents do that makes them perform optimally. Managers also need to analyse what drives business performance, take actions for improvements and train/coach agents at the right time. This way, agents come to work every day, engaged, with a clear understanding of what is expected of them, how they are measured and how their presence contributes to success.

3) Rapid feedback – It is imperative that agents receive performance feedback instantly, not monthly, quarterly or when something goes wrong.

Another recommendation is to bring in the fun of gamification, a concept that applies game mechanics to engage and reward agents to achieve desired KPIs. The basic mechanics is rapid feedback, linking agent’s behaviour to results. Are you performing better today than yesterday? How do you compare to your peers in terms of adherence to schedule, first-call resolution, average handling time and number of call answered per day? Types of rewards can include points, badges or level systems, which can be used to redeem desired shifts or days off.

In conclusion, there is a clear difference between agent satisfaction and agent engagement. An organisation must do all in its power to promote the latter.

Mervyn Lim
Mervyn has more than 15 years of hands-on experience with sales, channel management and solution consulting with workforce optimization solutions and consulting services. He currently serves as the sales and regional ambassador for Teleopti WFM solutions and services in APAC.
Recent Posts
Previous
Next 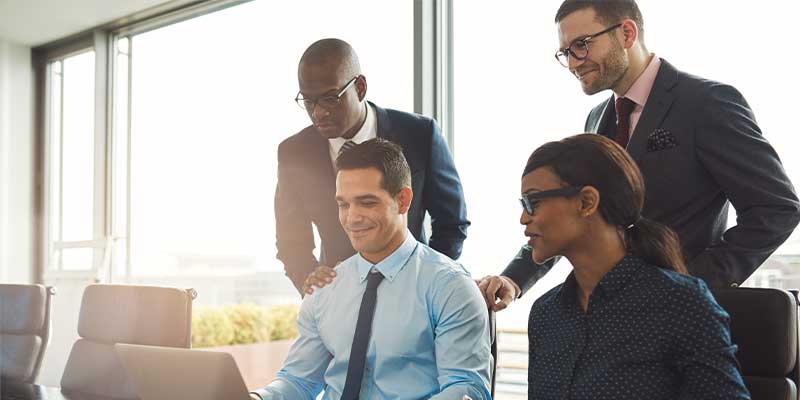 Basic, vital principles for successful WFM
Send this to a friend