Plotting the right (Green)Path: Calabrio Customer is a Finalist in the 2021 ICMI Global Contact Center Awards

Leadership has certainly had its challenges this past year—as face-to-face meetings have been replaced with virtual interactions and team camaraderie turned into sending emojis over chat. Albeit the hurdles, we’re proud to announce one of these leaders has been recognized by ICMI as a stand-out manager.

David Flores from GreenPath Financial Wellness is named a finalist in the 2021 ICMI Global Contact Center Awards for Best Contact Center Manager. Here is his story:

As the son of immigrants who had to hustle and work together to make ends meet, it’s no surprise that David Flores developed a natural, innate sense of drive and collaboration—qualities that formed the foundation of his successful contact center management career. But it was his time at Michigan State University that he credits with inspiring much of his contact center leadership style.

It was during his sophomore year there that David became a student manager for the men’s basketball team and forged an important connection that continues to inspire him to this day: he worked alongside American college basketball coaching legend Tom Izzo.

Employed by GreenPath Financial Wellness since 2006, David knows firsthand that one earns what one receives there: nothing is simply given to you. As a result, it’s an environment where contact center agents need to feel especially inspired and engaged—and it’s an environment well-suited for the type of motivation Coach Izzo modeled for David at MSU.

“Coach Izzo taught me that a player-led team is always more successful than a coach-led team,” David says. “That’s why I don’t micro-manage. Instead, I create a culture of accountability with the entire team. I give people the freedom and autonomy to be successful, then I check in to make sure they know they’re going to be held accountable. I empower each individual, then I give them support whenever and however they need it.”

David manages a team of 300 agents and is continually fine-tuning strategies to optimize every stage of the GreenPath contact center waterfall—from the initial triage calls to counseling calls and then post-counseling communications. One of the most impactful things he’s done while at GreenPath is to integrate all of the company’s regional, standalone counseling centers into one unified contact center.

Under David’s guidance, GreenPath in 2012 reorganized its field office structure so all counselors—regardless of location—now operate as part of one, single contact center. Field offices still exist for those clients who prefer a face-to-face connection, but those with urgent needs now have the opportunity to receive immediate counseling via GreenPath’s contact center. In addition, all counselors now receive the same initial training, with ongoing, one-on-one coaching customized for each counselor’s specific needs. As part of the reorg, David also developed a new, centralized quality assurance process that he now manages.

Clearly David’s approach works. According to an anonymous survey response received as part of a May 2020 employee satisfaction survey, a GreenPath contact center employee stated, “I don’t know that there is an organization that is more committed or cares more about their people than GreenPath. I really do feel like we are all a family. And in this day and age, everyone needs family.”

Above all, the positive impact David has had—and continues to have on GreenPath’s contact center—can be summed up in his advice to the new contact center managers he hires. “New managers have to understand that their teams are what make them successful,” David says. “So I borrow another play from the Coach Izzo and MSU playbook: ‘I am because we are.’ If you want to be successful, we all have to be successful.”

To see the finalists in all of the categories, visit the ICMI Global Contact Center awards page. 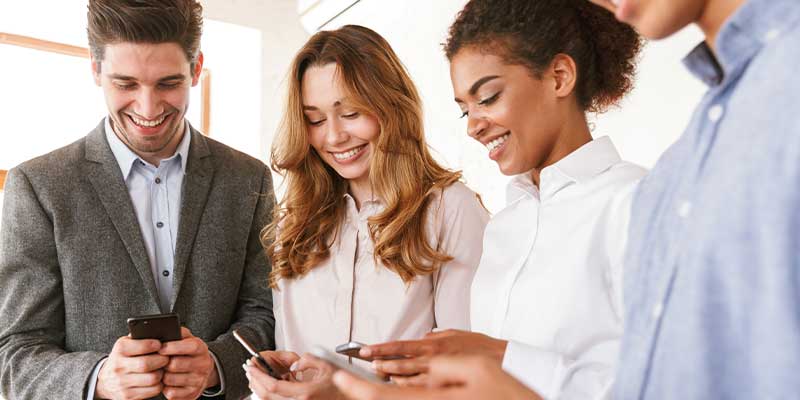